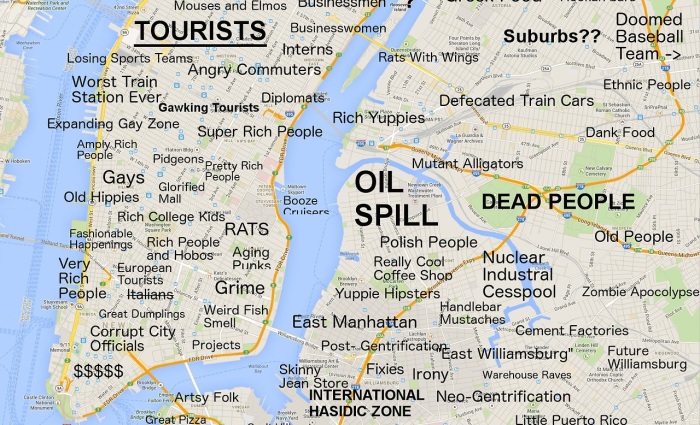 Judgmental Maps allows readers to submit annotated maps of cities. It’s the type of thing that has potential to veer into some unfortunate racial stereotyping, but you also get some spot-on jabs, like listing NYC’s Penn Station as “Worst Train Station Ever.” (judgmentalmaps.com)

Kareem Abdul-Jabbar speaks out about the public’s slow response to Donald Sterling’s history of racism, as well as the issues of privacy raised by the scandal — “Shouldn’t we be equally angered by the fact that his private, intimate conversation was taped and then leaked to the media?” (time.com)

This “remix” of director Wes Anderson’s films — and the soundtracks for said films — is everything you want it to be. (avclub.com)