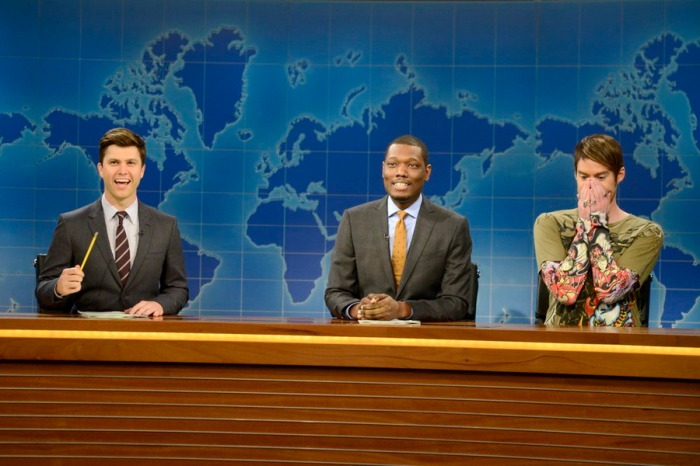 [A version of this review appears in the Rutland Reader.]

In discussing the worst TV of 2014, I’m choosing to ignore the shows that just weren’t very good, or have already been cancelled. Mediocre shows come and go. There’s nothing to be gained from slagging A to Z, or Bad Judge anymore than I already have. I’m also sticking to just comedies here, because aside from The Leftovers and Gotham, there weren’t any new dramas I watched this year that I disliked strongly enough to make the cut. Instead, to compose my list I choose several shows that were surprising disappointments, and one episode of TV that was just goddamn awful.

The League (FXX)
All series have a natural lifespan, a finite amount of time before which the creative well dries up and viewers begin to loose interest. In season six, The League finally reached this point. There were high points, to be sure — Rob Huebel was a welcome addition, and the Raffi/Dirt Randy origin story was good fun — but overall the despicable antics of these loveable frittatas have gotten tired. While still good for a few laughs, it might be time for these guys to hang up their jerseys.

Mulaney (Fox)
I get what John Mulaney is trying to do with his new sitcom. I just wish I liked it. Mulaney is an update of the classic multicam format, a form that has been the subject of much derision over the last decade. The show has everything going for it: Mulaney is a great standup, and one of SNL’s funniest recent writers (he co-created Stefan!); the cast is solid; and there’s an earnest desire to be funny. But despite it all, the show falls flat feeling like a parody of a sitcom you’d see within another, better sitcom. A meta or deconstructed approach might have worked, but Mulaney plays it too straight, and misses the mark.

Saturday Night Live (NBC)
Before the start of the current season of SNL, I wrote about my affection for the series, and my disappointment in what it has become. I attempted to remain optimistic that, after a couple rebuilding years, the show was primed to once again soar to new comedic heights. Unfortunately, this season has thus far confirmed all my worst fears. Episodes have been a mess with numerous flubbed lines, poor blocking, and messy sound design. To be fair, live TV is difficult, but this is easily the sloppiest run of episodes in recent memory. On the Weekend Update desk, Colin Jost and Michael Che continue to offer up flat jokes and milquetoast attempts at political humor. SNL’s overall political humor has been floundering since Tina Fey’s departure as head writer, with occasional moments of bite under Seth Meyers. With Jost now at the helm, it seems the last of the show’s teeth have been extracted.

“The Simpsons Guy,” Family Guy (Fox)
I didn’t expect much from the heavily promoted Simpsons/Family Guy crossover. Both series are well past their creative peaks with neither being particularly relevant anymore. The jokes about Family Guy being a Simpsons knockoff are nothing new; both camps poking fun at each other over the years. This crossover was inevitable. The problem, however, is that these two shows, despite all their formal similarities, are tonally incompatible. For all its jokiness, The Simpsons has warmth and a love for both its characters and audience. Family Guy,” on the other hand, is a mean-spirited, cynical show that veers between cruelty and nihilism.

To be clear, my gripe with Family Guy doesn’t come from politically-correct-social-justice-warrior oversensitivity. Much was made of the rape joke from the crossover. The joke didn’t work, for me at least, not because it was offensive; it didn’t work because it wasn’t funny. Comedy can be offensive. South Park has proven that time and again. Comedy can be mean and cynical. Just look at Seinfeld or It’s Always Sunny in Philadelphia. Family Guy, however, isn’t working on that level. The jokes are lazy, or played for shock value without any subtext. To see a show as beloved as “The Simpsons” dragged down in the dirt by Family Guy’s ugly, regressive humor was just hard to watch.